Return from the NBA to Europe, Hezonja a brand new reinforcement of the PAO 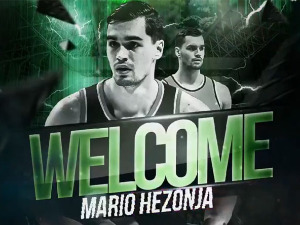 Hezonja is a new basketball player who recently returned from the NBA to Europe.

At the end of last year, the Croatian basketball player was traded from Portland to Memphis, but the Grizzlies soon fired him in December.

Several of the strongest European clubs were reportedly interested in the services of this 25-year-old basketball player, and he eventually ended up at Panathinaikos.

The Croat signed a contract with the Greek team until the end of the season.

Hezonja started his professional basketball career in Barcelona, ​​from which he headed to the NBA in 2015.

He was drafted by Orlando as the high fifth pick of the first round, but Hezonja left the team from Florida after three years and went to the New York Knicks, for which he played for a year.

After the Knicks, he signed a contract with Portland, which he left after one season, in a trade of three teams in connection with the transfer of Enes Kanter to Portland.

After Lulzim, this is the former competitor of “Përputhën” who became part of “It’s My Love”