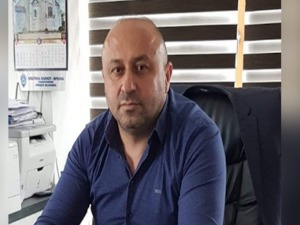 The pre-trial judge ordered custody of Božidar Dejanović at the request of the prosecution, it is stated in the announcement of the Basic Court.

He was arrested yesterday, and the Special Prosecutor’s Office stated that “there is a well-founded suspicion that the defendant Božidar Dejanović, in the capacity of the mayor of Kllokot, seriously threatened the employees of the municipality and the citizens of this municipality, influencing their readiness to vote in a certain way, for a certain political entity candidates “.

Dejanovic has the right to appeal against the decision on detention to the Court of Appeals.

The Office for Kosovo and Metohija of the Government of Serbia points out that it is obvious that the institutions of self-government in Pristina continue to repress the representatives of Serbs in Kosovo and Metohija and try to discredit them through rigged processes.

“It is about the political persecution of Dejanovic, which aims to criminalize the political representatives of Serbs in the province and to tarnish the magnificent support of the Serbian List, for which 96.14 percent of citizens in Serb areas in Kosovo and Metohija voted in the previous elections,” it is emphasized. in a statement from the Office.

It is pointed out that no attempts to make false scandals, nor political spins from Pristina, can tarnish the support and trust that the Serbian List enjoys among the citizens.