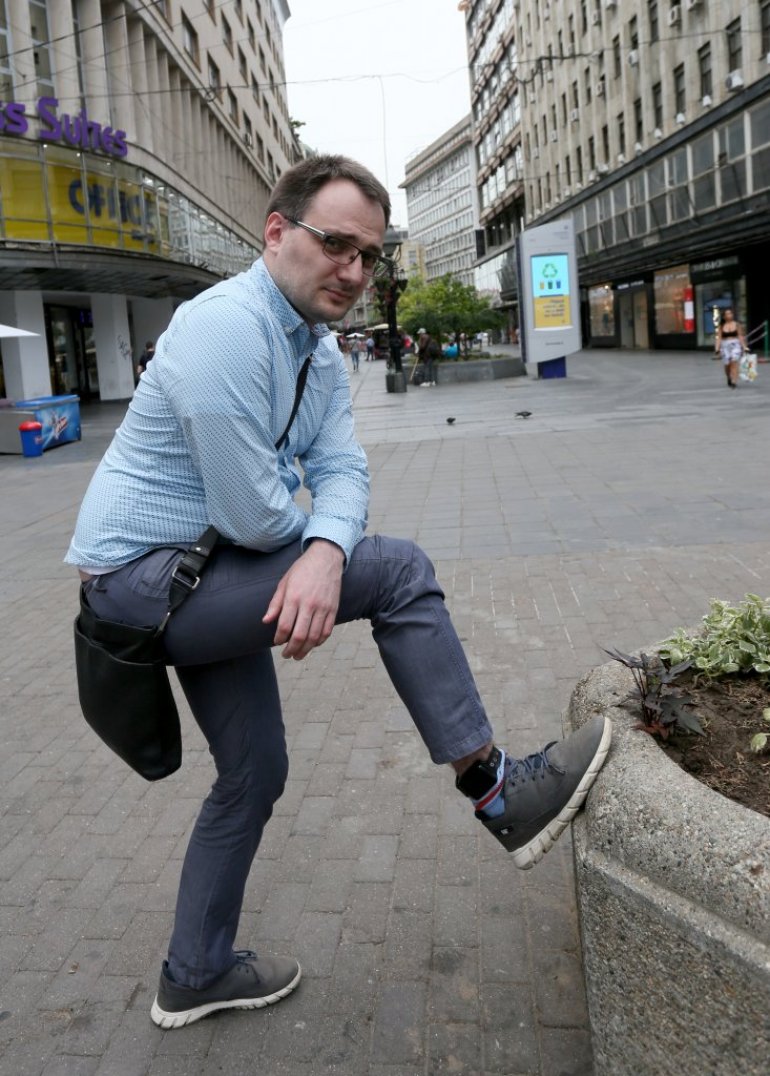 The American FBI is asking for my extradition and is threatening me with decades of imprisonment for some kind of fraud of 70 million dollars, with which I have absolutely nothing to do! As the owner of an IT company, I registered internet domains to people a few years ago, who later allegedly deceived American investors, but I have nothing to do with that fraud! It’s like the owner of Google would be guilty if someone abuses sites registered through Google!

This is the story of Nenad Mladenović (33), an IT expert from Niš, who was arrested in July 2020 on the basis of a report by the American FBI, who accuses him of cheating their citizens with ten other hackers by selling them fake cryptocurrencies.

After spending five months behind bars, Mladenović was transferred to house arrest in December 2020, and yesterday he was in the Court of Appeals in Belgrade, which is deciding on his extradition to the United States. If the court approves the extradition, and the Minister of Justice confirms it, Mladenović is threatened with decades of imprisonment in America.

They sold fake cryptocurrencies through the portal

The arrested hackers, 11 of them, are accused by the American FBI of creating at least 40 fake digital platforms (investment portals), through which they traded non-existent cryptocurrencies. On these fake platforms, they presented themselves as “world market leaders in binary options” and offered cryptocurrency investors half the price. They were persuaded to have computer plants for the production (so-called mining) of bitcoin in the United Arab Emirates, India, Morocco, Mexico and China, but everything was pure fraud. As soon as investors paid money for bitcoins, hackers would close the digital platform and open a new one. Since most of the deceived were from the American federal state of Texas, the US authorities asked Serbia to extradite the arrested hackers.

Nenad told us that he had a successful IT company, which dealt with the registration of Internet domains, but also the security of computer networks. His agony began in 2015, when a certain Miroslav C. from Nis hired him to register several domains for him.

– At the beginning, I did not suspect anything, because I have nothing to do with the sites that are registered on those domains. Three years later, in 2018, Miroslav hired me to go to China and make hardware for one company there and enable them to put into operation about 150 computers that would “mine” cryptocurrencies. The owners of that company were one Englishman and one Chinese woman. Everything was legal, the company was legal, I didn’t suspect anything until I heard that Zvonko, near the end of the job, told the Englishman in a telephone conversation: “When this one is done with the computers, remove it” – says the shocked Nenad.

The unfortunate Mladenović panicked, he immediately got in touch with our embassy in China and somehow managed to escape, so he returned home via Russia. 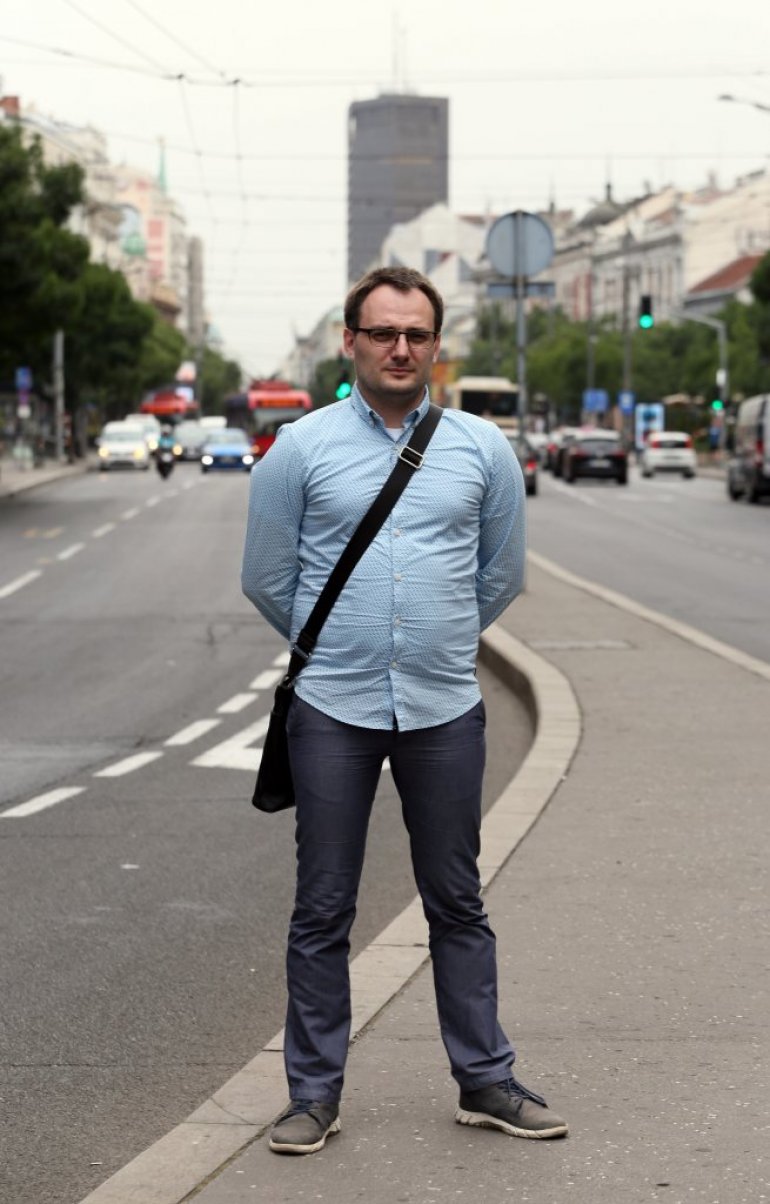 – When I arrived in Serbia, I started receiving reports from various agencies, including the American FBI, because of the domains opened by my company, and I immediately started blocking all those domains. Miroslav was furious and started threatening me and destroying my life … He sent armed criminals to intimidate me and my employees. He made my life hell. I never reported those threats to the police, because I was afraid. I fell into depression, I even tried to kill myself … I was in the hospital for about twenty days and when I came to myself, I started collecting evidence against fraudsters – said Nenad.

Cukavac: There is no legal basis for extradition

– It is true that there is a bilateral agreement on extradition between our country and the United States, but it says exactly which crimes are subject to extradition. In this case, there is no legal basis for Mladenović to be extradited to the United States. The jurisdiction of the American court is also disputable. All the acts for which my client is charged, as well as the other defendants, were allegedly committed on the territory of Serbia and other countries, and not in the United States. Because of all this, I believe that only a domestic court should act in this case.

Then, at the end of 2019, through a friend, he got in touch with people who introduced themselves to him as BIA agents, and in January 2020, he met them in Belgrade.

– At that time I was mad and paranoid about all the problems and I naively believed that the two of them were really from the BIA … I handed them all the evidence I had gathered about Miroslav C. and the people he worked with. These two then told me that all this was enough for Miroslav and his gang to be arrested in six months. At that time, it was not even strange to me that after a while, the alleged BIA agents asked me for 20,000 euros in order to protect me. I gave them that money, even though that was all I had left, since I was already destroyed, but they then asked for another 50,000 euros. When I told them that I no longer had a dinar, I never heard or saw them again – Nenad remembers.

A victim of a terrible conspiracy

As he said, the “agents” were right in one thing, and that is that there will really be arrests in six months. However, Mladenović himself ended up behind bars!

– I was arrested on July 24 last year with ten other people, of whom I only superficially know two computer experts. I did not see the eyes of the others, including the first accused Kristijan K., before that … I was in custody until December 17, 2020, and then I got a nanogica and since then I have been under house arrest and I am struggling not to be extradited to America, nor guilty or guilty. To make matters worse, one of the arrested, Antonija S., himself agreed to be extradited, probably because he made a deal with the FBI, so he told all kinds of lies there … I am a victim of a dangerous set-up, behind which stands Miroslav C. and no one charges him with anything. He is a millionaire, he has thousands of square meters of real estate in Belgrade and Nis, and my life was ruined, even though I did not deceive anyone for a penny! – Mladenović points out.

This beauty is the daughter of the deputy mayor of Prishtina

Belgium or Portugal within the quarterfinals? Flet Roberto Mancini