The rise and fall of Bernie Madoff, the world’s deceiver who was put behind bars by his sons 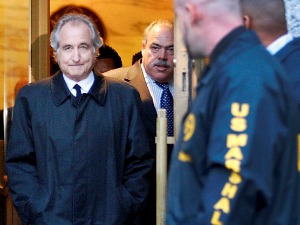 Bernie Madoff has passed away at age 82 in federal prison serving a 150-year sentence.

How it all started

In 1960, Madoff registered a company to trade shares worth no more than five dollars. He soon managed to convince his friends and relatives to invest in his business, so that after the financial problems he got into, he could get his father-in-law’s money out.

It is not known exactly when Madoff began to apply the Ponzi scheme. He testified in court that it started in 1991, but his chief accountant Frank Di Pascali, who had worked for the company since 1975, said the scam had been going on “since he can remember”.

The system worked by Madoff depositing the client’s funds into a single bank account that he used to pay existing clients who wanted to cash in. He financed the buyouts by attracting new investors and their capital.

With the outbreak of the great financial crisis in 2008, Madoff could no longer sustain the fraud as the market shrank sharply.

Who reported him to the authorities

At the end of that year, on December 10, 2008, Madoff confessed everything to his sons who worked with him, but, as I claim, they were not familiar with the scheme. His sons reported him to the authorities the next day.

Recent reports have shown that he has more than $ 64 billion in client assets.

Success at all costs

From a young age, Madoff longed for great success in life.

Speaking on the phone from prison, Madoff told reporter Steve Fishman that his father ran a sporting goods store that went bankrupt due to a shortage of steel during the Korean War.

“You watch it happen and you see your father whom you adore. He built a big deal and then lost everything,” Madoff said at the time.

Fishman says Madoff was determined to achieve “lasting success by any means.”

Why it took so long

Apparently, the extremely high profits encouraged customers to look the other way.

He deposited their funds in the account of the bank JP Morgan and Chase and let them “multiply over time”. According to one estimate, the bank could earn as much as 483 million dollars from those deposits, so the management was not inclined to inquire about the origin of the money.

When clients wanted to raise their profits, Madoff financed the payments with new capital, which he attracted with a reputation for incredible returns by earning their trust.

He nurtured the impression of exclusivity, often rejecting clients at first. This model has enabled about half of Madoff’s investors to cash in on profits. After the fraud was discovered, they were asked to contribute to the “victims’ fund” in order to compensate the deceived investors.

He was sentenced to 150 years in prison and forced to give up 170 billion dollars. In 2009, his three homes and a yacht were sold at auction. He served his sentence in the American Federal Prison Butner in North Carolina.

Madoff insisted that he acted alone, although several of his associates ended up behind bars. His older son Mark Madoff killed himself exactly two years after his father’s fraud was exposed. Several of Madoff’s associates also killed themselves. Madoff’s other son, Andy, died of cancer in 2014.

About the regulations: “In today’s regulatory environment, it is almost impossible to break the rules … but it is impossible for the violation to remain undetected, certainly not for a long period of time.”

“The nature of any human being, certainly anyone from Wall Street, is that the better offer you make to a customer, the worse the offer for you.”

During the plea hearing on March 12, 2009: “I am painfully aware that I have deeply hurt many people.”

“When I started my Ponzi scheme, I believed that it would end soon and that I would be able to get myself and my clients out. As the years went by, I realized that my arrest would inevitably come this day as well.”

Women ‘clear’ to Shefqet Krasniqi, they disturb his night sleep

Rare photos: This is what the entrance to Prishtina looked like a few years ago