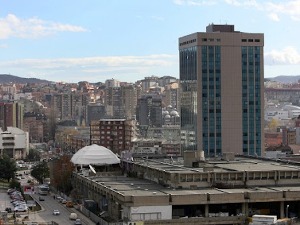 The report, presented in Pristina, covers the exercise of the rights of non-majority peoples in Kosovo and Metohija from December 2015 to December 2019.

“Interethnic relations have improved since the last report (2015). There are still significant divisions between Serbs and Albanians, but social and institutional interaction has improved and there have been no cases of collective or major interethnic violence. Relations between the Kosovo Albanian majority community and others non-majority communities remained functional and positive, “the report said.

It was stated that there are tensions between the communities regarding the return of displaced persons and that this problem exists and is repeated.

“Receiving communities in various locations continue to express resistance to the return or integration of displaced persons,” the UNHCR said, adding that by 2019, 28,302 displaced persons, most of them Serbs, had returned to Kosovo.

“The rate of return has been declining every year since 2000, and UNHCR estimates that there are 16,151 displaced persons in Kosovo. There are still a large number of security incidents in the places of return. These acts range from petty thefts to fires and attacks. the acts may have a predominantly economic motive, and a negative impression of security has intensified among returnees, as many perpetrators have escaped justice. “

“This, together with the opinion of communities on crimes against returnees, contributes to a negative impression of security for returnees and thus prevents the return process,” the OSCE report said.

In the period from July 2015 to December 2019, the OSCE recorded 1,621 security incidents, including incidents targeting religious buildings and cemeteries, as well as the cultural heritage of communities.

The report states that the response of municipalities to the host community’s opposition to return varies considerably, from case to case, and that in most sensitive return locations, municipalities did not mediate in support of the return process.

The findings of the Office of the Language Commissioner, which indicate very limited or no progress in respecting language rights in municipalities, are also transmitted.

WILL THE CLASSES CLOSE AGAIN? These are the circumstances below which we are able to spend the summer season!