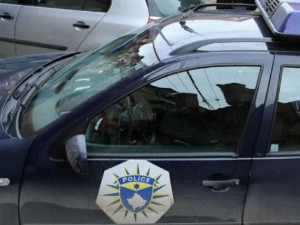 The boy, without any reason, was attacked by a group of elderly Albanians and inflicted injuries on his face, it is stated in the announcement.

It is added that the boy, a fifth grade student at the “Desanka Maksimović” Elementary School, was admitted to the hospital in Kosovska Kamenica, and that, in addition to physical injuries, he suffered enormous stress.

“According to his father, with whom I spoke, the boy went to the store, which he does every day, but upon his return he was attacked by a group of hooligans and insulted in Albanian. The Kosovo and Metohija office will provide all available assistance to the injured boy’s family. care “, points out in a statement the director of the Office for Kosovo and Metohija Petar Petković.

Petkovic emphasizes that the boy was “attacked only because he bears a Serbian name and surname and speaks Serbian”, that he is “a victim of the extremists who cultivate open hatred towards everything Serbian and want ethnically pure Kosovo and Metohija”, and that “for such they are gaining the open support of Pristina, which is helping the rioters with its policy of impunity. “

“His injuries and the stress he experienced are a shame for the international community, for which there are no Serbian tears, and the torment that our compatriots experience every day is declared to be incidental incidents. Let them ask M. S. or his friends and parents how after this attack feel? ”the statement added.

Petkovic states that “unfortunately, the anti-Serbian mood and heated rhetoric that we hear every day from Pristina generates and stimulates such attacks on Serbs.”

“He once tried to strangle his girlfriend in France, beat her, wanted to shoot her to work as a prostitute”